You are here: Home → What the Hell Happened to the Jaguar XE? 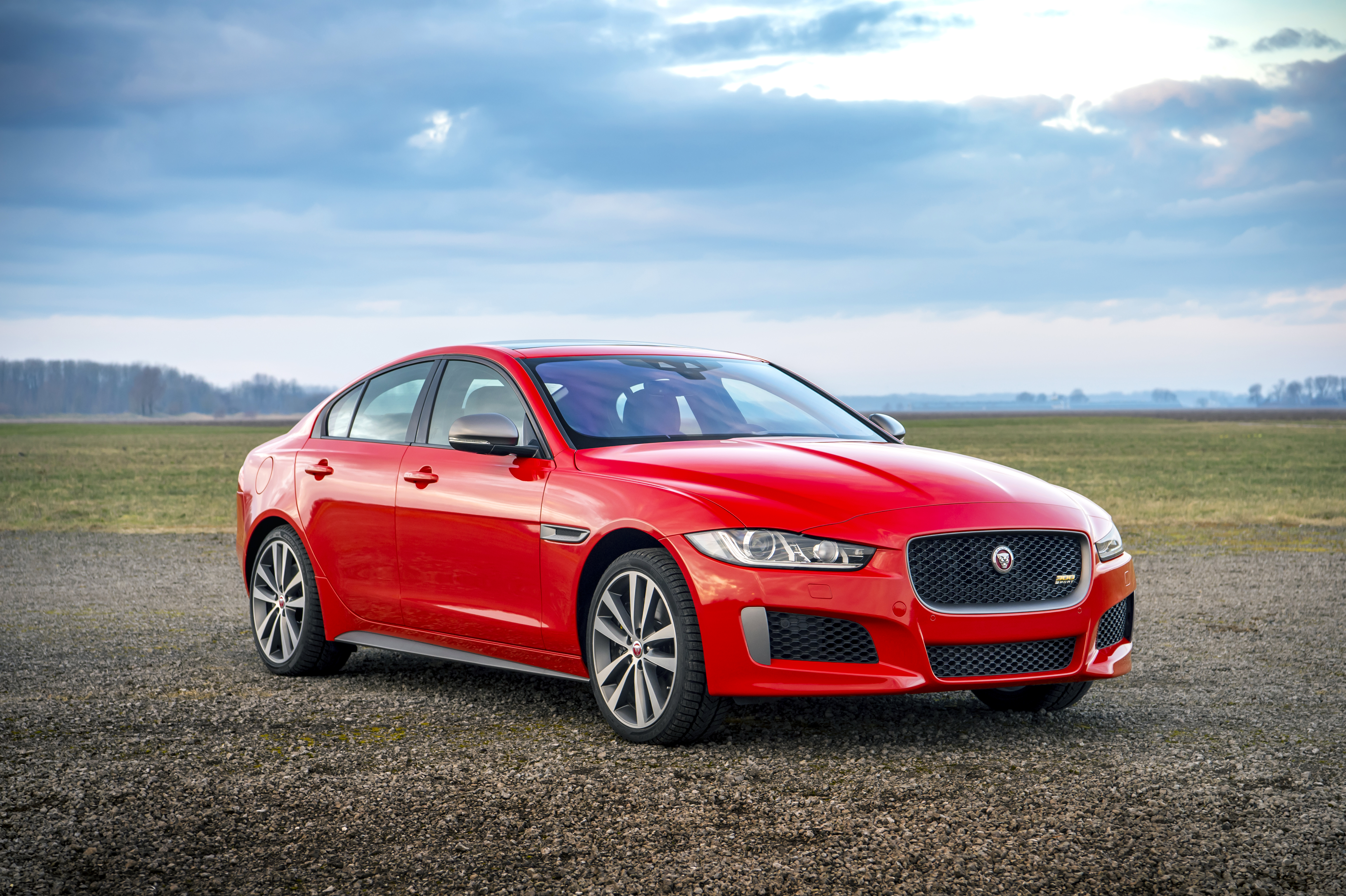 It occurred to me recently that I have never seen a Jaguar XE driving on public roads. This was at one point Jaguar’s (probably far too late) aim to eat into the German’s share of the entry-level luxury game. Yet, here I am in suburban Boston – a place where you can’t go 3 seconds without seeing a parade of luxury cars and one of the only times I’ve seen a Jaguar XE in person was at a local Jaguar-Land Rover dealer.

The first time I actually came across one was a few years ago at the New York International Auto Show, and I was so excited to see what Jaguar had to offer in this class. Keep in mind it had been nearly a decade since Jaguar gave the entry-level game a shot. Notably, this was with a rebadged and reworked Ford Mondeo that became the X-Type. Surprisingly, this didn’t exactly win over the hearts of many BMW, Audi, and Mercedes shoppers.

So here we are with a smartly designed car, elegantly styled yet restrained (as is the typical Jaguar) with some compelling engine offerings – all the way from a turbo diesel to a supercharged V6, not to mention rear-or all-wheel drive available on each. What could possibly go wrong?

Well, it starts to go downhill as soon as you sit down and take stock of your surroundings. There’s so much blank space on the dashboard and an overall underwhelming design for the instrumentation that it DOES have. When you’re trying to go toe-to-toe with automakers known for the best and most innovative interiors in the business (Audi and Mercedes, for example), this effort isn’t going to cut it. Not to mention the rear seat legroom, which is admittedly not a strong point in the segment, but the space feels about a generation behind in the XE.

But that’s only one part of the picture-what about the rest of the Jaguar? What’s it like to drive and live with? Both Edmunds and Car and Driver lauded the XE’s sharp handling and refined road manners. By all accounts, it sounds like a meaningful effort to make a dent in this competitive segment.  Handling aside, they also felt that the cabin technology, layout, and material fit and finish lagged the competition. Hard, creaky plastics and a lack of Apple CarPlay and Android Auto get the biggest demerits.

In the powertrain department, things really start to fall a bit flat. In the same in-depth Car and Driver review, the authors kindly give us a review of the competition. The 2018 Jaguar XE, when equipped with the “volume” engine – a 2.0L turbo 4 cylinder-lags the competition in the ubiquitous metrics of 0-60MPH and quarter mile time. Clocking in at 6.6 seconds to 60MPH, the Jag is .6 seconds behind the Lexus IS350 F-Sport, and a monumental 1.4 seconds slower than the segment leading Audi A4. A quarter mile will take you a whopping 15 seconds in the XE, while the Audi A4 (again the segment leader) needs only 13.9 seconds to accomplish the task.

And of course what Jaguar review would be complete without the obligatory dig at British electronics? Wonder no more! For our pals at Car and Driver had a long term Jaguar XE in their fleet which was plagued with infotainment system glitches and crashes. Normally this would be more of an annoyance than anything, but with manufacturers increasingly integrating mundane yet necessary functions like climate control and heated seats into them, this is a critical piece to get right. Note that this experience was not unique to the XE, as CNET had issues with their Jaguar F-Pace tester.

So what does this all translate into for U.S. sales numbers? Since its launch in the spring of 2016 through the end of 2018, the Jaguar has managed to move just short of 21,000 units. Jaguar’s Bavarian rivals, on the other hand, have sold nearly 156,000 3-Series in the same time period. If you start to factor in Mercedes’ C-Class and Audi’s A4, you can see that the Jaguar has only stolen a small slice of the entry-level luxury pie.

This is all a bit of sad news. The Jaguar XE was supposed to be the start of Jaguar’s rebirth in America, yet it seems like a half-thought out effort that arrived far too late. Luxury customers are steadfast in the familiar German routine, and now many are abandoning sedans for SUVs. We welcome automotive diversity, especially more from a storied automaker like Jaguar. It’s just a shame that such a good looking car, complete with excellent handling traits, is let down by a lackluster interior and an all too typical stereotype of shoddy British electronics.

Janette’s Tribute to Her Mazda3

Is the Mazda 3 Turbo the Hot Hatch We’ve All Been Asking For?

Sometimes, You Shouldn’t Meet Your Heroes